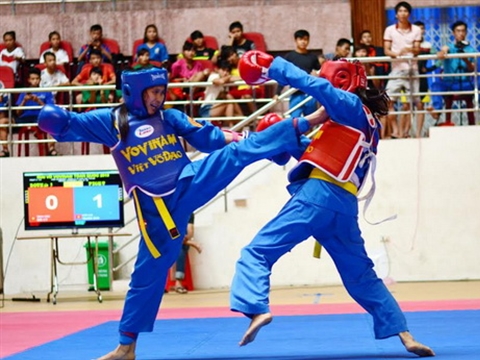 Martial artists will hold dbonstrations of their martial art techniques as well as compete in matches.

Deputy Head of the city’s Culture and Sports Department Mai Ba Hung said the festival is an opportunity to promote and introduce Viet Vo Dao Vovinam, a Vietnamese martial art developed in the early 19th century, to the international martial arts community.

HCM City’s People’s Committee, organiser of the event, confirmed that entrance to the festival this year will be free and encouraged the public to participate and learn about martial arts.

The festival is scheduled to take place on April 22-24 at three different locations: the Military Zone 7 Gymnasium, Ton Duc Thang University and the city’s Opera House.