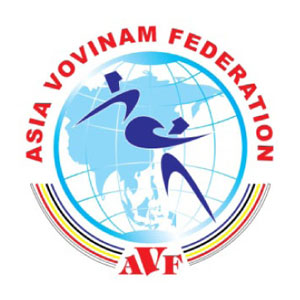 VietNamNet Bridge – The founding of the Asian Vovinam Federation (AVF) is a landmark for Vovinam and Vietnamese sports in general in bringing Vietnamese martial arts to the world. International delegates at the congress to establish the AVF in Tehran, Iran.

Returning home from the congress to establish the AVF in Tehran (Iran) on February 23, Secretary of the World Vovinam Federation (WVF) Vo Danh Hai recalled: "When we chose Iran to organise the congress and as the site of the AVF head office, many asked us why we didn't choose another country, or Vietnam. "We decided to choose Iran because this country has a long tradition of martial arts, and many famous artists who have won world and Olympic championships in taekwondo, karate and boxing." Hai said Iranian artists practiced for just one year to win an Olympic taekwondo gold medal. Their success surprised South Korea, the cradle of taekwondo.

In addition, Vietnam and Iran signed an agreement on cooperation in sports and Iran was very enthusiastic in developing Vovinam. Iran also agreed to take care of accommodations and meals for all delegations to the AVF congress. Dr. Walid Kassas, former Chairman of the Asian Kick-boxing Federation, who is experienced in developing martial arts in Asia, carefully asked about the rules of Vovinam and the role of AVF at the upcoming Asian Indoor Games in Vietnam this October. He said he believed that he could call for ten countries to practice Vovinam within a year. At the congress, foreign delegates raised a question: "Will Vietnam win all gold medals for Vovinam at the Asian Indoor Games 2009?" The Vice Chairman cum Secretary General of the Vietnam Olympic Committee, Hoang Vinh Giang, answered: "We will play fairly. It is stated in the regulations: Vietnam will participate in 3/6 one-on-one and 5/8 performance categories. Referees will come from Europe and Africa if Asian referees are not qualified." Foreign delegates asked Vietnam to help them in terms of techniques.

The Chairman of the Indian Vovinam Federation, Vishuu Sahai, asked Vietnam to send a Vovinam expert to India to open a training course for Indian coaches. India will compete with Iran to host the Asian Vovinam Championships in 2010. The Indian representative also stated the country would have 10,000 Vovinam students in the next one year. Iran asked Vietnam to send two experts to Iran to teach Vovinam for six months. "Vovinam is gradually being welcomed in Asia. We are trying to send it far. Firstly, we will organise a second training course for Asian coaches and referees in mid April in HCM City. International Vovinam rules are being compiled," Hai said. He said that he is trying to turn Vovinam into a faculty at the Sports and Physical Training University.