Self-revolution is indeed fundamental to our Vovinam-Viet Vo Dao. So what is revolution? And what is sefl-revolution? Why does our discipline promote it? To foster our understanding of and appreciation for this ideal,we will look at a few examples in history. 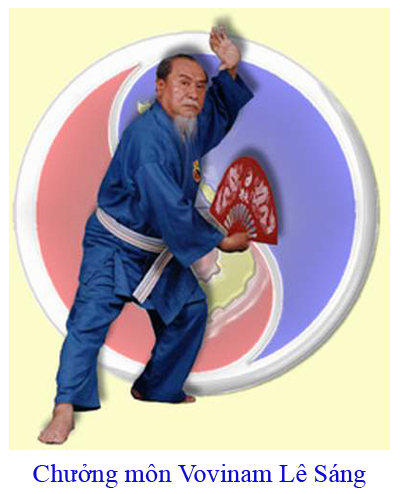 Kinh Dich (the Book Of Change)- one of the most ancient classics of the East speaks of revolution in : " Thiên địa cách nhi tới thời hành, Thang, Vũ Cách Mạng thuận hồ thiên nhi ứng hồ nhân " meaning heaven and earth are changing constantly so the four seasons are formed, King Thang ,Vu exchanged lives to be in accord with the will of heaven and to be in harmony with man. And also at the beginning of Trung Dung: " Thiên mệnh chi vị Tinh chi vị Đạo, Tu Đạo chi vi Giáo " meaning what heaven creates is the original essence, which is the Way, changing to be in harmony with the Way is the aim of Religion.

In ancient times, Kings represented heaven to lead their people. Revolution also includes reforms in political or social order. A person's virtues can also be cultivated as they were endowed upon him at birth. To the Western world, the revolution comes from revolutio (Latin). Further, revolution connects with revolver which is turning (retourner). Revolution is a combination of re and evolutio meaning to show, elaborate. These are the base for the word evolution in Englich and French.

Therefore , revolution indeed is to change what heaven had given.

The West pays much attention on their materialistic advancement, where as the East considers their spiritual needs a priority. Thus , in the West material need are emphasized. The East on the other hand concentrates far more on cultivating values.

The French revolution in 1789 and the Russian revolution 1917, showed that the material demands were the cause in their long and chaotic struggle. Inevitibly , a consuming war took place in an attempt to achieve these ends.

Eastern world have not experienced many such big wars. Easterners, just as their Western counter part do have the needs for higher standard of living, but also recognize that their fullfilment cannot be attained by material possessions alone.

A political reform calling for a new social order is a part of a political revolution. Confucius was a revolutionary in his 14-year travel in ancient China. He seeked to advance the cause for social and political reforms. But the local people were not able to take his words to heart since they had lived without virtues for so long. As Confucius retired from the mundane politics and focused on teaching, he came to a new realization. He refused to be involved in the political structure at the time and concentrated on the culivation of virtues. His name has lasted for more than two thousand years till this day.

By nature of the the example above, revolution is to change for the better. Revolutions take on different ideals and directions according to the given set of social demands and conditions. In China, Ton Trung Son (1866 - 1925) was the leader of his revolution which aimed at achieving one victory at at time in their step-by -step struggle .

In recent history of Viet Nam,Phan Boi Chau, Phan Chu Trinh, Cuong De, Nguyen Thai Hoc all were the great revolutionaries who fought for the independence of our country.

As we have seen, the change from a fascist system to a democratic government, a social reform seeking to establish a new social oreder; a new way of life, or an evolution of consciousness from superstitions to religious belief to scientic thought are all examples of a revolution.

Self-revolution in Vovinam Viet Vo Dao is a unique ideal promoted by our Founder- the late Grand Master Nguyen Loc. In that it nurtures and fosters the individual's self-refinement and self-renewal in a continual effort for becoming more and more fully functioning.

As this community of cultivated indivivduals continues to grow, their whole society will benefit as there will be more and more collective light guiding the way for all.

In order to carry out the ideal of self- revolution , each Viet Vo Dao disciple must seek to cultivate himself in two aspects.

1. Mind: to adopt a firm way of life with a helpful
attitude toward your society,love your people and help build your country, refine your character, maintain a determination to overcome weaknesses and difficulties,willing to strive to be better in all you do.

2. Body: We must have a strong and enduring body, be prepared to defend yourself when needed.

In summary, political revolutions and social reforms are only the means used to attain certain temporal needs. Self-revolution is fundamental to all revolutions and a life - long quest. We must practice and cultivate and refine ourselves with utmost sincerity to become better each day. That is our contribution in the evolution of all humanity.