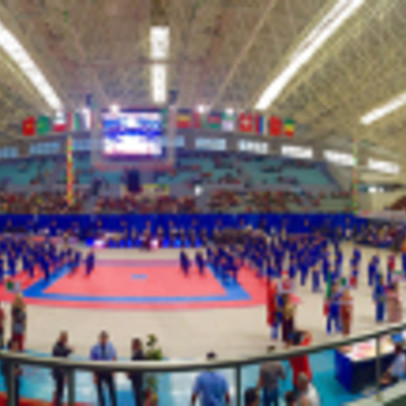 World Vovinam Championships for the fourth time in 2015 will take place from August 7 to 1 to 30 months in Algeria, with the participation of 250 officials, referees, athletes compete over 74 categories of competition Performing rights and opposition from 20 countries around the world, including Vietnam (22 athletes).

Vo Danh Hai Vo, General Secretary of the World Vovinam Federation, emphasized that this would be a great opportunity to promote the image of the sect, the Vietnamese spirit through images of martial arts and cultural essence Vietnam with international friends

Mr. Hai said that despite many difficulties on the facilities, distance moved away, some countries fear Ebola epidemic, but this prestigious tournament was held at the “dark continent” is a believer good sign, indicating the Vovinam movement has thrived not only in Algeria but also in Africa.

Vovinam has been present in 12 countries in Africa and is growing very strongly after the African Federation was founded in 2012. Particularly in Algeria, more than 22,000 students participate in practice Vovinam 30 in total 48 provinces and cities of the country.

According Vs Hai, Vietnam Vovinam movement currently has presence in 50 countries and territories of the 5 continents. From an ethnic martial art, Vovinam has spread and internationalization of from about 40 years, to take root in many lands and the number of students has almost touched $ 1 million. Not only that, Vovinam also been confirmed as an international sport in the presence of the Olympic sports competitions continent as an indoor sports congress in Asia (the Asian Indoor Games) III 2009, Congress Sports Southeast Asian (SEA Games) 26 in Indonesia, 27 in Myanmar, and soon, in the beach sport Congress (ASIAN Beach Games) 15 2016 in Vietnam.

In the framework of the World Vovinam Championship this time the Conference Executive Committee World Vovinam Federation (WVVF) 2015, to review and evaluate the results have made in recent years and discusses ways development of Vovinam in the world.