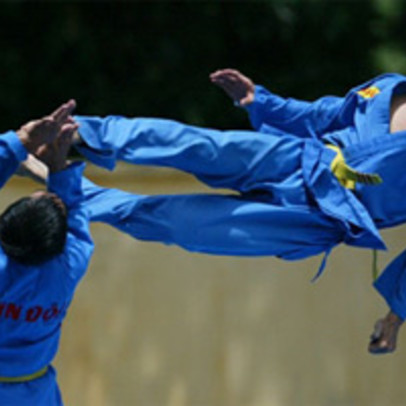 The Algeria Vovinam (Vietnamese martial arts) Federation (FAVV) was founded on August 3 in the Algerian capital of Alger.

The former Chairman of the National Vovinam Commission of Algeria, the predecessor of FAVV, Djouadj Mohamed, was elected the first President of the FAVV.

On the occasion, the National Vovinam Committee of Algeria awarded an insignia to Vietnamese Ambassador to Algeria Vu The Hiep in recognition of his contributions to the development of Vovinam in Algeria.

Twelve years after its introduction into Algeria by Djouadj Mohamed, Vovinam has attracted about 12,000 trainees in 17 clubs over 32 provinces across the country.

The African Vovinam Federation was also established on January 11, 2012 with the participation of 13 countries.