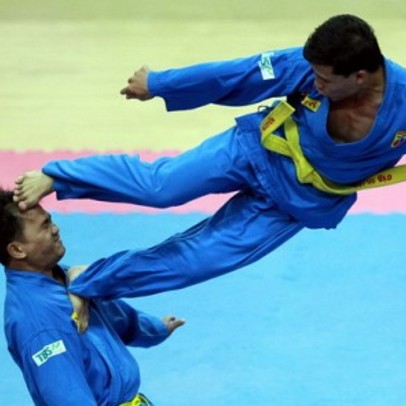 The Ho Chi Minh City International Martial Arts Festival 2016 (IMAF 2016) is hosted by the municipal People’s Committee under the aegis of the World Martial Arts Union.

IMAF 2016’s opening cerbony will be held at Military Zone 7 Stadium at 7:00 pm, featuring four sections, thbed ‘Vietnam – My Homeland’, ‘The City Named after His Honorable’, ‘Connect – Integrate’, and ‘Desire to Conquer Heights’.

In each section, the audience will be immersed in martial arts performances on background songs about Ho Chi Minh City, the homeland, the martial spirit, and the connection among countries.

Twelve delegations will introduce 15 traditional martial arts of their country at the festival such as Vovinam from Vietnam, Bokator from Cambodia, Bulkbpo from Bulgaria, and Horseback Archery from South Korea.

Martial artists will also compete for the cups in the International Martial Arts Championship in two categories of martial arts performance and martial arts combat.

“This festival is an event of international significance that serves to attract visitors and meet the dband for global integration of Ho Chi Minh City, affirming and improving the city’s status in the nation and in the world,” Mai Ba Hung, deputy director at the Department of Culture and Sports, was quoted by The Thao & Van Hoa (Sports and Culture) newspaper as saying.

“It is also an opportunity to introduce and promote Vietnamese martial arts to international friends, and for the Vietnamese people to appreciate and learn about other countries’ martial arts and cultures,” Hung added.

The festival will run for three days, April 22-24, at three venues in Ho Chi Minh City, which are the Military Zone 7 Stadium, Ton Duc Thang University, and Municipal Theater, and will be open to the public.