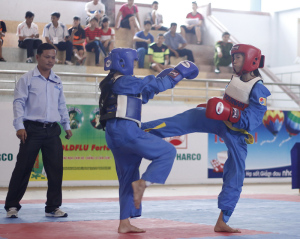 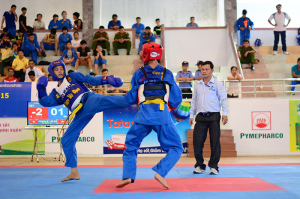 The tournament will compete from morning till June 19 June 24 to 32 units with near 500 Athletes, Coaches, referees (451 fighters) attended by Vietnam Vovinam Federation and General Fitness Sports and the Department of Culture, Sports and Tourism held in Phu Yen province. The boxers competing in two age groups 12-15 and 16-18 years old, with 59 sets of medals. Among them, 8 and 16 sets of medals right weight class antagonism (8 men) in the age group 12-15. As for the age group 16-18 will have 16 content rights antagonistic and 19 weight classes (10 male). Through tournaments create favorable conditions for the unit best preparation for a national Phu Dong in 2016 was held in Thanh Hoa. 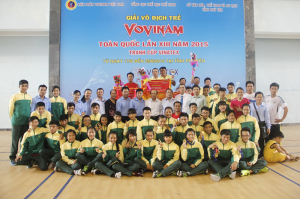