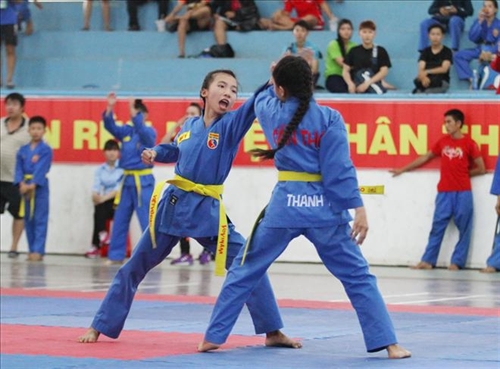 The city pocketed 13 gold medals after five days of competitions to prove their No 1 position in the nation.

Cần Thơ was second with 10 titles, followed by Vĩnh Long whose athletes had four golds.

The tournament saw nearly 500 martial art exponents from 30 cities and provinces. They competed in age groups from 12 to 15 years, and from 16 to 18 years, for 59 sets of medals, in which 24 were for performance events.

Organisers said this year’s tournament saw an increase in both, the number of athletes and their quality. It meant that localities paid more attention to traditional martial arts.

HCM City defended their top position but they did not have it as easy as they did on previous occasions. – VNS