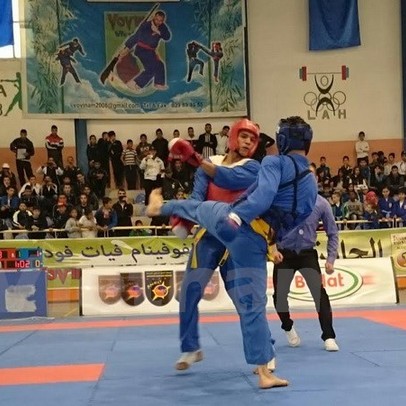 The final round of the Vovinam (Vietnamese martial arts) Grand Prix took place in Algeria on March 25.

Two competiors at their Vovinam combat.

There were 320 competitors, including 62 women, from 70 clubs across 21 Algerian provinces and cities vying for the championship.

A team from the national public security agency – ASSN – won first place in the team category, following by the Olympic Bourrouba club.

According to Halima, a referee at the tournament, the number of people practising Vovinam in Algeria, particularly among young women, is on the rise.

The sport helps thb train both physical and mental health to build and protect their country, she noted.

First introduced in 2001 in Algeria, Vovinam has quickly become popular and is now being practiced by nearly 15,000 people in the country.