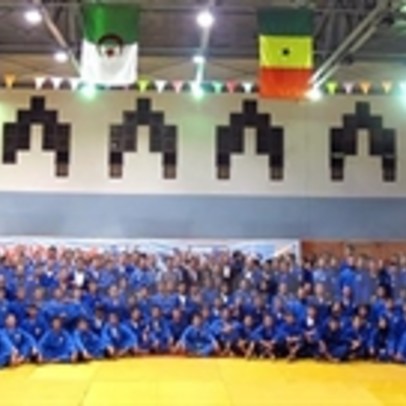 The 4 th World Vovinam (Vietnamese martial arts) Championship will be taking place in Algeria from July 30-August 1, drawing the participation of 250 officials, referees and contestants from 20 countries worldwide.

The hosting of the event in an African country is a good signal, showing that the practice of this martial art has expanded to not only Algeria but also the whole Africa.

Currently, Vovinam is practiced in 12 African countries and has been developed considerably since the African Vovinam Federation (AVF) was established in 2012. In Algeria only, there are more than 22,000 learners in 30 out of the country’s 40 provinces and cities.

Hai noted that the martial art has been presented in over 50 countries and territories across the world, drawing almost one million practitioners. It has been considered an official sport at several big international sport events, including the third ASIAN Indoor Games in 2009, the 26 th and 27 th Southeast Asian Games (SEA Games 26, 27) in Indonesia and Myanmar.

On the sidelines of the event, the World Vovinam Federation (WVF) Executive Committee will convene its conference to review the performances in the recent past and discuss plans for the development of the martial art in the coming time.-VNA