The Late Grand Master Nguyen Loc, founder of Vovinam, was born on the 8th day of the 4th month (lunar calendar) of the year 1912, in Huu Bang Village, Thach That District, Son Tay Province, now on the outskirts of Ha Noi. 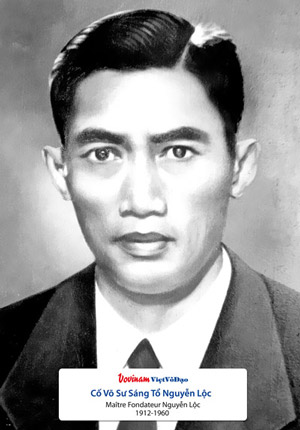 Master Nguyen Loc was born and raised at a time when Vietnam was under French colonialism.  In his early days  Mr.Loc started seeking a way to help his country and his fellow citizens out of foreign domination.

Mr. Loc incessantly researched the traditional Vietnamese martial arts and wrestling techniques as well as Oriental philosophies, forming the foundation for a style of martial arts focusing on practical and effective application.

Thus, the Martial Arts Discipline of Vovinam was founded in 1938, and if officially began operation after a debut demonstration at the Ha Noi Auditorium in 1939. Mr. Loc passed away on the 4th day of the 4th month (lunar calendar) of the year 1960 in Saigon, passing the leadership for Vovinam onto his disciple, the Grand Master Le Sang. 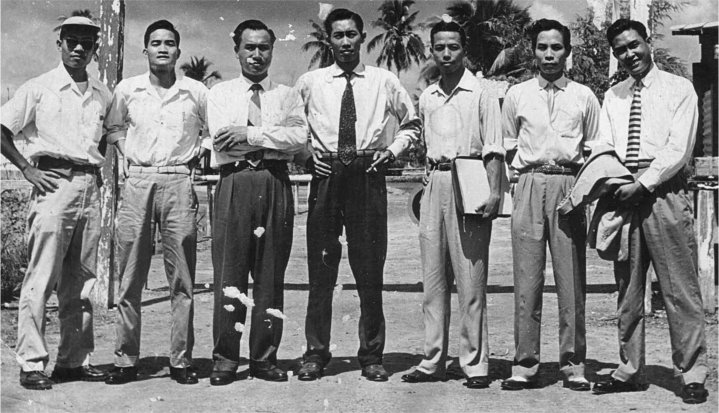 At the same time, Grand Master Le Sang has led Vovinam in its day - to - day operation and development. Vovinam combines martial arts philosophies of the Orient with the practicalities of the Occident. Vovinam philosophies are based on Humanity and Harmony. The Vovinam man lives in harmony with others, without internal confinements, so he can live for himself as well as for others, reasonably and effectively. In Vovinam, man and nature co-exist and co-develop.

Along with martial arts philosophies and health maintenance techniques, Vovinam provides a system of martial arts techniques that encompass various forms of self-defense and combat based on the principle of Yin-Yang development. Vovinam adapts the techniques of other styles of martial arts worldwide, and updates itself based on psychological and physiological discoveries as they become available. Hence, Vovinam techniques are rich and varied, appropriate for people of all physical statures and all ages. Vovinam is for combat, but it is also for health maintenance.

After 32 years devoting his life to doing what is taught by the Founder, Grand Master Le Sang has systemized Vovinam techniques to prepare the Discipline for its next step forward, from Viet Vo Dao (Vietnamese Martial Arts) to Nhan Vo Dao ( Martial Arts to Serve Mankind).

Its characteristics are as follows:

Thus, Vovinam has been able to enrich itself with combat techniques of the various martial arts styles all over the world. It is not based on one single technique, but it combines all and adapts them under the principle of Yin-Yang development.